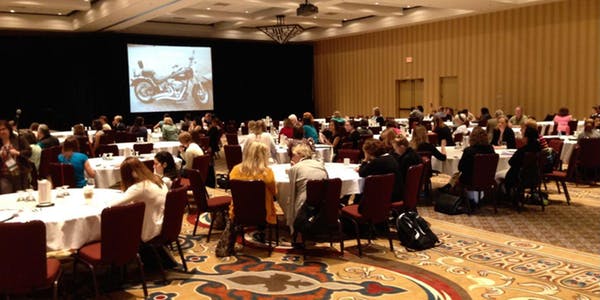 Friends who are going

Conference Series LLC LTD is pleased to invite the contributors across the globe on its "4th International Conference on Molecular Biology & Nucleic Acids" which is scheduled at Chicago, USA during July 29-30, 2020.

4th International Conference on Molecular Biology & Nucleic Acids conference gives a chief stage to introduce and examine key disclosures in molecular biology, nucleic acids which have impacted nearly every facet of biology with wide-ranging implications for human well-being. The overarching long-term goal of this conference is to create a scientific environment conducive to cross-disciplinary talk and trade of new thoughts by bringing together the world’s leading analysts with junior researchers, to enhance our understanding of the role of nucleic acids in biology, human health, and disease. Specific topics will include: Molecular Biology, Chemical Biology and Nucleic Acid Chemistry, DNA Replication and Genome Integrity, RNA/DNA Structure and Dynamics, Chromatin and Transcription, RNA/DNA in Cellular defence, Computational Biology, RNA/DNA Conflicts, Non-Coding RNAs, and Mechanisms of Signal Transduction, and special aspects of Molecular Medicine. The Nucleic Acids Conference is unique in bringing the RNA and DNA fields together in the field of Molecular Biology.

This Conference will provide a perfect platform for addressing:

Welcome to Chicago, a city with many colors and joy. Chicago is one of the largest and busiest cities in the United States of America. Having a wide range of attractions and famed for its bold architecture, with a population around 2,695,598 and rank 3rd largest city in the USA. Chicago contributes the third largest gross metropolitan product in the United States at US$571billion. With over 2.8 million residents, it is known to be the most populous city in the state of Illinois and the Midwest.

Chicago is known to be the third most populous city in the United States. The city is equipped with an international hub for finance, commerce, industry, technology, telecommunications, and transportation; with O'Hare International Airport being the busiest airport in the world. Chicago was known and listed as an alpha global city by the Globalization and World Cities Research Network. Chicago is being recognized as the major world financial center, with the second largest central business district in the USA.

The city is famous and also renowned for its museums, including the Art Institute and its wide expansive collections, including noted Impressionist works. Chicago is one of the major transportation hubs in the United States. It is an important contributor to global distribution, as it is the third largest inter-modal port in the world after Singapore and Hong Kong.

Molecular biology is a branch of biology that describes the molecular basis of biological activity between biomolecules in the various biological systems of a cell, including the interactions between DNA, RNA, proteins and their biosynthesis. Molecular genetics is the field of biology that basically studies the structure and function of genes at a molecular level and thus focusses methods of both molecular biology and genetics. This is beneficial in the study of developmental biology in understanding & treating genetic diseases.

DNA Replication which is the basis of biological inheritance starts with the division of a cell into two daughter cells and in this process a double-stranded DNA molecule is copied to generate two identical copies of DNA. Researchers are continuing with genome-wide studies in DNA Replication which is resulting in may novel research. Many Universities worldwide are carrying out researches in the field of DNA Replication and Genetic Recombination. Being specific are The Penn State University, The Rockefeller University, Massachusetts General Hospital, University of Washington where many capable and talented Scientists are working in this field.

The research focusses on DNA replication origins, describing the ways and procedures how they are specified and regulated during the cell cycle on homologous recombination during meiosis, including telomere and centromere structure and function and on the regulation of the activities of transposable elements by non-coding RNAs. It also describes how the genetic information is read throughout the regulation of gene expressions.

Genome integrity is essential for organism survival and for the inheritance of other traits to their offspring’s. Genomic instability is generally caused by DNA damage, aberrant DNA replication or irregular cell division, which generally lead to chromosomal aberrations and other gene mutations.

Human Statistical genetics is a modern day scientific field focussed on the development and application of statistical methods for drawing inferences from genetic data in various studies. Statistical genetics is the study of genetic variation and it is focussed and concerned with the analysis of genetic data basically human. Statisticians play an important and vital role in the analysis and the design of genetic studies. Statistical genetics overlaps with fields such as bioinformatics, biomathematics, biology, epidemiology, genetics, etc. Scientists and researchers in this field have worked and are working on methods in linkage analysis, allelic association tests, gene statement array data analysis, sequence analysis, comparative genomics, and phylogenetic tree reconstruction, etc.

Molecular modeling includes all theoretical, methods and computational used to model or mimic the behavior of molecules. The methods are used in the fields of drug design, computational biology, computational chemistry & materials science to study molecular systems ranging from small chemical systems to large biological molecules and material assemblies. Quick calculations can be achieved by hand, but inevitably supercomputers are required to perform molecular modeling of any reasonably sized system. The common feature of molecular modelling methods is the atomistic level description of the molecular systems. This may include treating atoms as the smallest individual unit or explicitly modelling electrons of each atom.

DNA is known to be a highly stable and versatile molecule. Though sometimes some damages are caused to it, it is able to maintain the integrity of the information which is contained in it. The safeguard of genetic material from generation to generation depends upon keeping the rates of mutation at a very low level. DNA has many elaborate and efficient mechanisms to repair any damage or distortion. The most frequent sources of damage to DNA are the erroneousness in DNA replication and chemical changes in DNA. Malfunction and regulations of the process of replication can lead to incorporation of wrong bases, which are mismatched with the complementary strand. The damage causing chemicals break the backbone of the strand and lead to chemically alter the bases. Alkylation, oxidation and methylation cause damage to bases. X-rays and gamma radiations also cause single or double-stranded breaks in DNA.

RNA editing is a molecular technique through which certain cells can make discrete changes to specific nucleotide sequences within an RNA molecule after it has been generated by RNA polymerase. RNA editing has been observed in the RNA sequences of viruses, archaea, and prokaryotes. RNA editing occurs in the cell nucleus and cytosol, as well as within mitochondria and plastids. In vertebrates, editing is rare & usually consists of a minor amount of changes to the sequence of affected molecules. Two types of small ribonucleic acid (RNA) molecules – microRNA (miRNA) and small interfering RNA (siRNA) – are central to RNA interference. The study of RNA interference incudes its variation among organisms, cellular mechanisms, biological functions like up-regulation of genes, immunity, down-regulation of genes and its applications in gene knockdown, functional genomics, medicine, and biotechnology. The University of Albany situated at New York is rigorously involved towards all the novel research on RNA. The RNA Institute maintained by Dr.Paul Agris (University at Albany) is the best-known platform for carrying out RNA analysis.

Recombinant DNA technology mainly focusses on joining together of DNA molecules from two different species that are inserted into a host organism to produce new genetic combinations that provide value to science, medicine, agriculture, and industry and also other therapeutic areas. Since the focus of all genetics is the gene, the primary and fundamental goal of laboratory research experts is to isolate, characterize, alter and manipulate genes.

RNA splicing is a process in which introns are removed and exons are joined prior to translation. In other words, RNA splicing is a modification of the nascent pre-messenger RNA (pre-mRNA) transcript. To address the questions and other aspects of mRNA synthesis and processing, many researchers turned to the study of DNA viruses that infect animal cells in culture. RNA processing refers to any alteration made to RNA between its transcription & its concluding function in the cell. These processing steps include the removal of extra sections of RNA, specific modifications of RNA bases, and modifications of the ends of the RNA. Being Specific, The University of Manchester, Yale Center for RNA science and Medicine, Rutgers University are working in this field for bringing out many challenging results.

Protein synthesis is one of the most fundamental biological processes by which individual cells build their specific proteins. Within the process are involved both DNA & different in their function ribonucleic acids (RNA). The process is initiated in the cell’s nucleus, where specific enzymes unwind the needed section of DNA, which makes the DNA in this region accessible and an RNA copy can be made. This RNA molecule then changes from the nucleus to the cell cytoplasm, where the definite process of protein synthesis occurs.

DNA and RNA have great chemical similarities in their structures. In their basic and primary structures, both are linear polymers composed of monomers (single chemical units), which are called nucleotides. DNA and RNA each generally consists of only four different nucleotides. All nucleotides have a common and basic structure: a phosphate group linked by a phosphodiester bond to a pentose (a five-carbon sugar molecule) that in turn is linked to an organic base. In RNA, the pentose is ribose and in DNA, it is deoxyribose. The only vital difference in the nucleotides of DNA and RNA is that one of the four organic bases differs between the two polymers. The bases adenine, guanine, and cytosine are found in both DNA and RNA and thymine is found only in DNA, and uracil is found only in RNA. It’s been known for some time that the DNA molecule can bend and flex something like a rope ladder just the way they were originally and earlier described by James Watson and Francis Crick, who proposed the spiral-staircase structure in 1953 but some discoveries have revealed alternative structures which are more to be studied.

It deals with the major issues concerning analysis of genomes, sequences, and structures. This course introduces the basic computational methods used to understand the cell on a molecular level. It covers subjects such as the sequence alignment algorithms: dynamic programming, hashing, suffix trees, and Gibbs sampling. Furthermore, it focuses on computational approaches to genetic and physical mapping; genome sequencing, assembly, and annotation; RNA expression and secondary structure; protein structure and folding; and molecular interactions and dynamics.

It deals with the major issues concerning analysis of genomes, sequences, and their structures. This topic and area introduce the basic computational methods used to understand and analyze the cell on a molecular level. It widely covers subjects such as the sequence alignment algorithms: dynamic programming, hashing, suffix trees, and Gibbs sampling. Furthermore, it focuses on other computational approaches to genetic; genome sequencing physical mapping, assembly, and annotation; RNA expression and secondary structure; protein structure and folding; and molecular interactions and dynamics. Personalized medicine may be considered an extension of several traditional approaches to understanding them and treating disease on various levels. Personalized medicine has the stable potential to change the way we think about, identify and manage health problems which are very much wide in modern health society.

Genetic engineering is widely practiced and researched, a technology which is transforming our world, for thousands of years on a wide range of plants, animals, and microorganism and have applications in the field of medicine, therapeutics, research, industry, and agriculture. A genetic disorder is a disease that is mainly caused by a change, alteration or mutation in an individual’s DNA. Mainly there are three types of genetic disorders, single-gene disorders, chromosomal disorders, and multifactorial disorders and keeping in mind all these aspects various advancements in this area is focussed by the researchers these days.